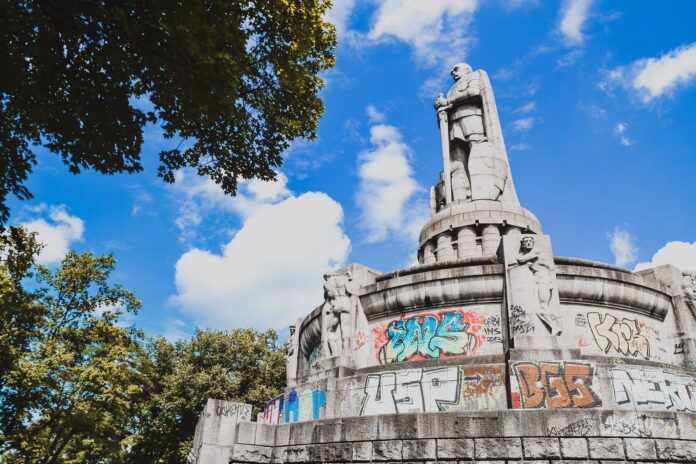 The stronghold of the alternative scene from the 1980s is the occupied houses in Hafenstrasse 116-126. The graffiti on the façade testifies to the autonomous self-image, as a stronghold for punk boys and girls. Today, the houses belong to a cooperative community that the residents have founded, and which has also renovated loose.

Opposite the Landungsbrücken is the Hotel Hafen Hamburg, which, with its pyramid tower on the top floor, has a bar where the sunsets, accompanied by an early evening drink, enjoy particularly good conditions.

Behind the Landungsbrücken in the smaller Elbpark is the Bismarck Memorial. The old warlord, who also beat the Danes to pluck fish in 1864, looks to the west in the 14.8 meter high statue, built in granite blocks. For it was from there that the enemy would come, everyone was aware when it was revealed in 1906.

The monument is one of the most famous landmarks in Hamburg. The statue of the “Iron Chancellor” is the tallest monument in the city and it is the monument that adorns most postcards.

Otto von Bismarck was the first chancellor of the German Empire. and if you travel around Germany you will encounter about 700 Bismarck memorials.

Info Hamburg Guide -
Museumsschiff Rickmer Rickmers In the extension of the promenade on Hafenstrasse and Vorsetzen, there is on bridge 1A, one of the most beautiful historical living...

Info Hamburg Guide -
Kunsthaus / Freie Akademie der Künste Right up and down each other, these three houses are close to the Hauptbahnhof and right by the Deichtorhallen....

Info Hamburg Guide -
YOURcockpit Hamburg If you have a desire to get up to fly, of course in the pilot seat, then you have come to the right...
Load more
Facebook Travel Group